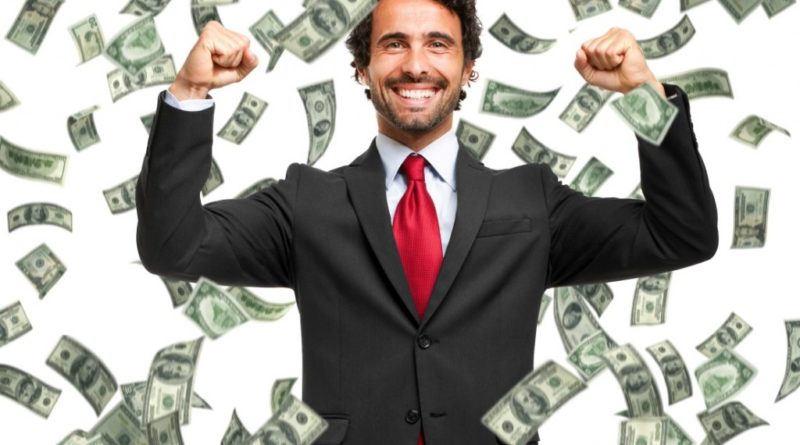 Winning has never been as easy as it is today. With the high number of competing gambling firms, Jenga cash stands out for a number of reasons. Jenga Cash is a company that boasts of a simple and easy to use platform for its clients. The response time by its support system is almost instant and this makes it easier for clients to obtain feedback on any queries. Michael Wanjala from Kakamega county is one of the few lucky Kenyans to walk away with a good sum of money from Jenga Cash Spin Wheel. His story is quite fascinating. When asked how many times he had attempted to win such a huge amount, his response surprised plenty of people.

It was just his third attempt and lucky enough, he was a winner of Ksh. 250,000. On his previous two attempts, he was able to win Ksh. 5,000 on each occasion. Wanjala, a lively 27-year-old from Kakamega explained how he had joined Jenga cash from the recommendation of a friend. “A friend of mine from my village called me one afternoon and told me how he had won a total of Ksh. 25, 000 from Jenga cash,” he explained in an interview. He went further to explain how his friend sent him a demo link that helped him learn how the system worked.

“After meeting for a few drinks later that night, I was anxious to also try my luck and I could not wait to get back home,” said Wanjala. Upon reaching home later that night, he decided to deposit and place a bet using Ksh. 50. To his amazement, the night ended with him making a sum total of Ksh. 5,000. This heavily boosted his morale and he told his friends about it the next day. Given that he worked as security staff at a local school, he told other staff members about it as well and they opted to try their luck.

On his second attempt, he made close to Ksh. 40,000, but ended up losing most of it until he was left with Ksh. 5,000. “When I had made close to Ksh. 40,000, I got overly excited and ended up making a series of bad bets and almost lost that whole amount,” he recalls. It was only after he had lost most of the money that he decided to slow down. He said that this taught him how to discipline himself when excitement got the better of him. He eventually came up with a gambling strategy that he said was “The real deal.”

This is the strategy that he used to amass a whopping Ksh. 250,000 from Jenga cash. He said he disciplined himself and only made bets which he felt were good. He further limited himself from staking too much and before he knew it, his account balance had reached staggering amounts.it was then that he opted to withdraw. He says the money won would be used to buy a new motorcycle and the rest he would use to start a small shop. His story is an inspiring one and serves to show just how easy it is to win with Jenga cash Spin wheel.

It is often said that good things happen to bad people. In the case of Michael Mutemi, this saying could not be farther from the truth. Having struggled with a drinking problem for years, Mutemi was on the road to turning his life around. At the start of the year, he started going to church and went into rehabilitation in order to fight off his addiction. Unlike in the case of Wanjala, Mutemi had not tried gambling before.

In fact, the first time a friend of his from work told him about Jenga Cash Spin and Win, he totally dismissed him. Perhaps by virtue of societal conditioning, Mutemi was always of the opinion that gambling was a waste of time and only few people ever won. Being a Resident of Kitengela in Nairobi, he was inevitably sorrounded by gamblers who would eventually sway him to join Jenga Cash and Win Ksh. 200, 000.

In an interview, he recalled how Jenga Cash was the new craze in Kitengela where he lived and that he would hardly go a day without hearing somebody mention it. “When Jenga Cash reached in town, even women would play it because it was easy and simple to join,” he stated in an interview. For a long time now, Jenga Cash has been the “go to” Spin and Win platform for many Kenyans.

Its payout speed coupled up by its simple platform has made it gain admiration from many. Compared to other Spin and Win platform, Jenga Cash is praised not only for its simple to use platform but also for the fact that it has an active customer support base that promptly responds to any customer needs and also its fast and reliable payout system.

In the case of Mutemi, he narrated in the interview how it was when his salary had delayed that he thought of giving Jenga Cash a try. After seeking advice from a friend, he was able to set up his account and make his first deposit. In just a matter of minutes, he was fully set up and ready to go. Given that his friend had played the game before, he took him through the demo and shared with him a few tips and tricks about how to win in Jenga Cash.

The first day he tried out spinning, he made a profit of around Ksh 3,000. While this was not enough to sort out his then financial troubles, the win gave him something worth more than money. It exposed him to the possibilities which Spinning had in store. Early the next day, he loaded money onto his mpesa line a deposited the money into his Jenga Cash account. After trying his luck a few dozen times with small stakes, he made a few wins and majority of his wages were losses.

“I went back to my friend who helped me get back part of the money I lost,” he recalled. Given he did not make any profit that day and his landlord was on his neck, he opted to try his luck that night and he went big on his bets. To his amazement, it seemed that his losing streak had come to an end. Before the night ended, he had won a sum total of Ksh 200, 000. He not only paid his rent, but went further to sort out all his debts. Mutemi’s story is a testament that indeed anyone can win at roulette. 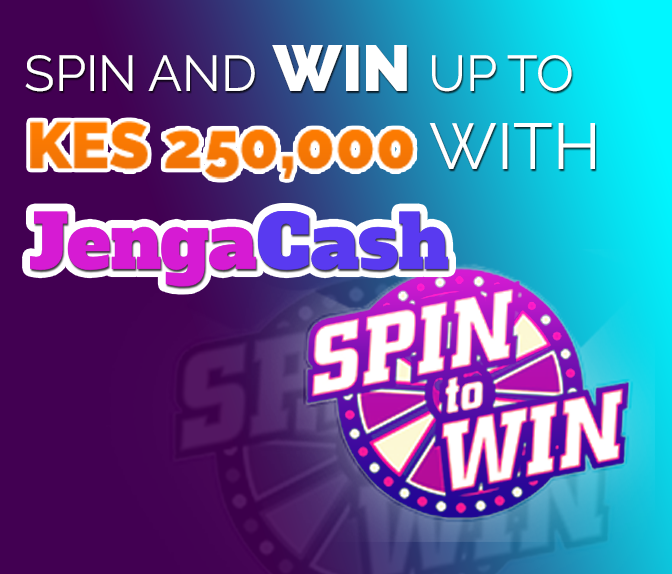